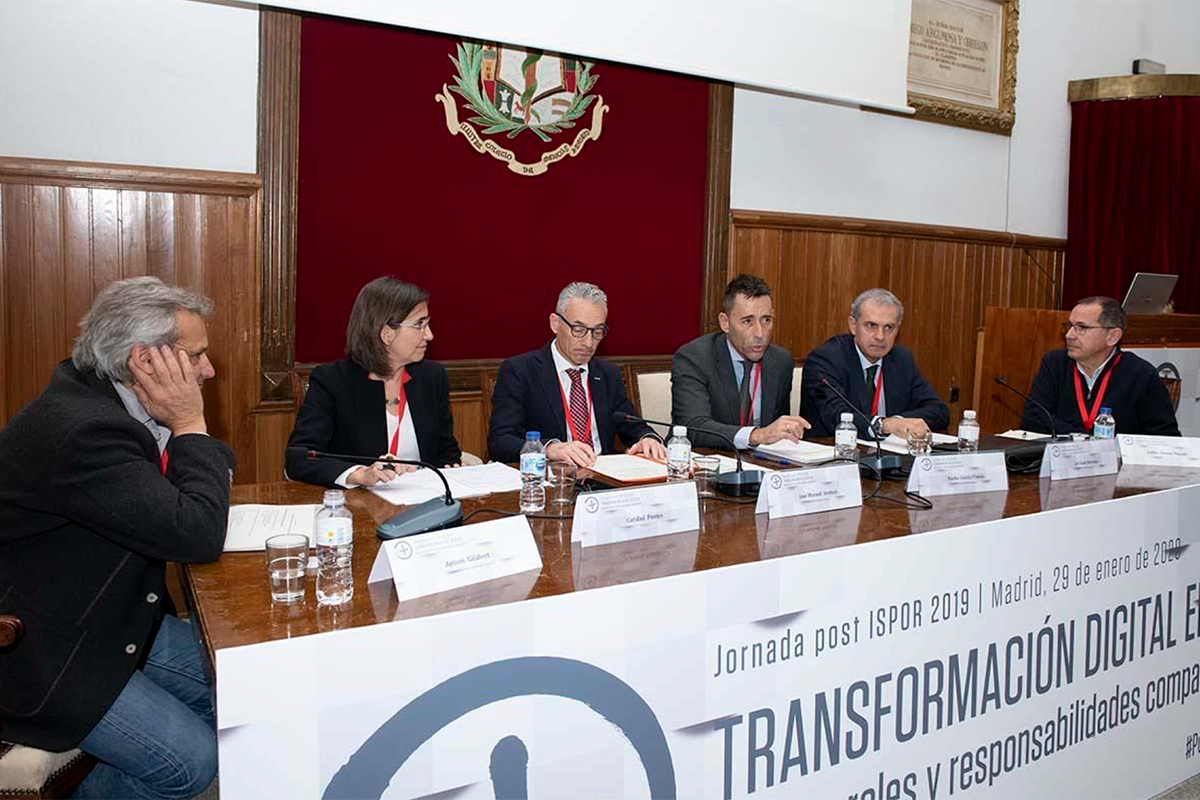 Reforms in the pricing and reimbursement system in Spain

The Post ISPOR 2019 Conference, organised by the ISPOR Spain Chapter and Diariofarma at the Madrid Medical Association began with topics as relevant as the need for more investments, the usefulness of the agreement between the Pharmaceutical Industry and the General State Administration, sustainability policies and Transparency of prices. The first-round table was composed of Pedro Luís Sánchez (Director of the Studies Department of the Spanish Association of Pharmaceutical Trade, Farmaindustria), Marta Trapero (Member of the Advisory Committee for the P&R of Pharmaceutical Provision (CAFPF) and Jon Iñaki Betolaza (Pharmacy Director of the Basque Country).

All participants agreed that the priority is to ensure the efficiency of the National Health System, but, as J.I.Betolaza explained, it must be clear that for this to be possible we have to ‘evaluate’, given that this is the way to ensure that inefficiencies are identified and addressed.

M. Trapero, following the line of JI Betolaza, demanded more budget for the health field, specially destined to the evaluation. ‘Are there enough resources for the evaluation?’ she asked. For this reason, she considered that increasing these resources is essential since ‘We have a deficit of evaluation resources and we cannot evaluate inefficiencies if such structures do not exist’. The representative of Farmaindustria considered that beyond removing inefficiency exchanges, it cannot be forgotten that ‘the NHS has a very clear problem of under-funding’. P.L. Sánchez stated that, in 2017, the health budget for 2009 had still not been recovered in nominal terms and that, in real terms, we were ‘11% below’. In addition, he recalled that in these years the demand for health care has increased, so the need for funding has gone beyond

In relation to the pharmaceutical industry and the government agreement, M. Trapero also considered it a positive pact, demonstrating the industry’s ‘commitment’ to the sustainability of the system and access, and made it clear that these commitments must be maintained. Of course, she also stated that ‘more representatives’ need to be incorporated into this agreement.

J.I.Betolaza also considered the agreement ‘positive’ because it opens a new path of relations, although it does not apply to his region due to the legal configuration of the Basque Country. 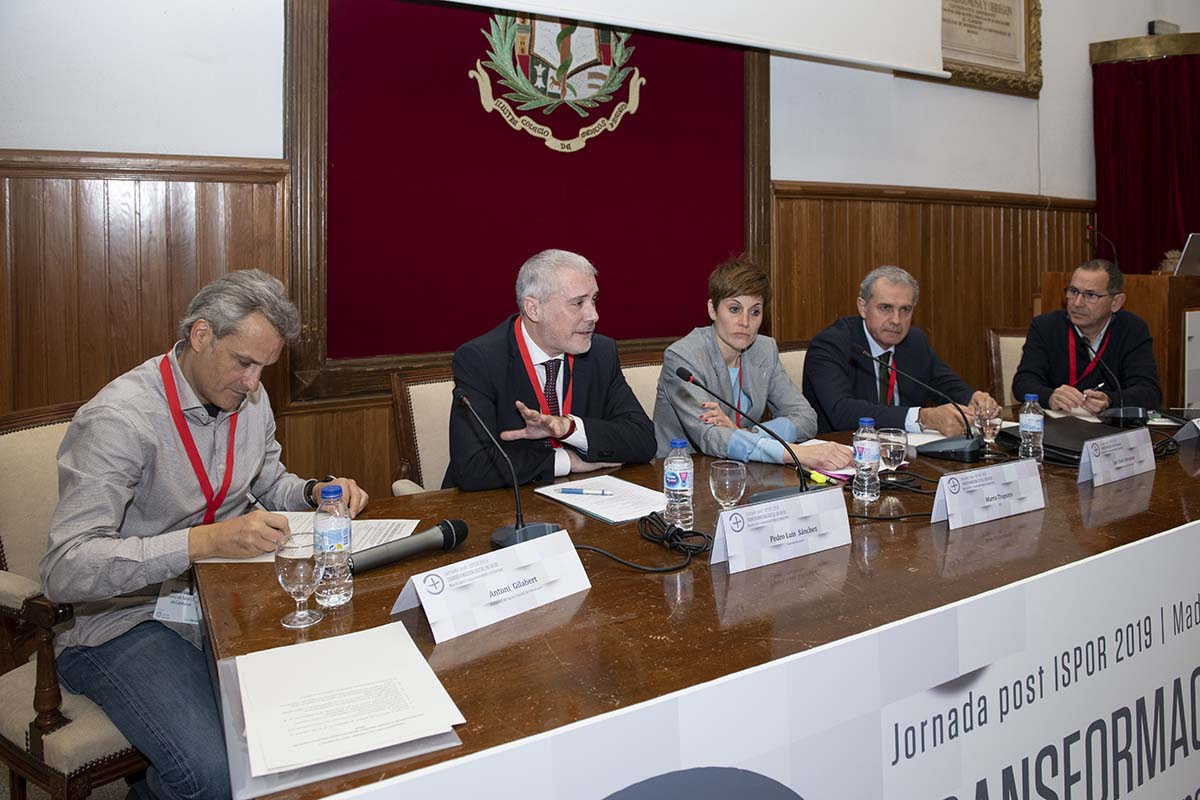 On the other hand, M. Trapero explained that the CAFPF has outlined its strategic lines for the next two years, and highlighted two of them: ‘review the criteria and procedures for pricing and reimbursement that must be homogeneous and explicit, as well as to establish policies to promote competition’.

Meanwhile, M. Trapero said the Therapeutic Positioning Report (IPT – from its acronym in Spanish) was designed ‘to incorporate economic information’ and explained that this information should be available in the IPT. The need for such information in the IPT was also confirmed by J.I. Betolaza, who indicated that ‘This instrument helps those who have to take decisions on reimbursement, price and conditions of use”.

Finally, they discussed the generation of real world data in Spain. In general, the speakers agreed that work has already started through Valtermed (Information systems to determine the therapeutic value in real clinical practice of drugs with high economic and health impact for the NHS), where the NHS will obtain relevant information, for the six drugs included now. M. Trapero stressed the importance of getting good data over getting it fast.

The Spanish National Health System and regional services have made a considerable progress in digitalization and data usage over the past few years. This has been demonstrated by recent advances in electronic prescriptions, electronic medical records and other projects launched locally, for example in the field of telemedicine or the creation of health folders available to patients. However, for maximum benefits, there are still areas for improvement. The most important is related to the integration of different information systems, including health outcomes records. The key to improving in all these areas are the political interest, investments and professional involvement. This has been discussed and highlighted by the Pharmacy Managers of the Balearic Islands, Nacho García Pineda, Valencia, José Manuel Ventura, the Basque Country, Jon Iñaki Betolaza and Catalonia, Caridad Pontes.

The conference entitled ‘Digital transformation in health: new roles and shared responsibilities’, analysed the current state of the health system in terms of digitalization and, more specifically, how to get the maximum benefit from the data collection and use. The analysis was made by experts and senior managers and has been participated in by the attendees, who through an application used during the meeting, have shown their wishes and expectations in relation to several of the challenges that arise in this field.
Pharmacy managers participating in a round table moderated by Antoni Gilabert and Pedro Gómez Pajuelo, event coordinators, highlighted the importance of what has been achieved so far. Additionally, the value of the information improving the management of the health system was considered, as demonstrated by the creation of new General Managers in the regional health service to specifically address these issues in regions such as Catalonia or the Valencian Community, and they are not the only ones.

Another example of this is also, as García Pineda pointed out, that ‘compared to Europe we are not so bad’. Betolaza has supported this argument by recalling that in the Basque Country it has been working for 20 years to develop the common electronic medical record and has gone further by pointing out that Spain is quite ‘advanced’ compared to other neighbor countries. He also mentioned the value of the fact that we already have an electronic prescription model that can be accessed from anywhere in the country, although he and the rest of the speakers recognized that there is still much to be done in the integration of the information systems, both at the national and regional levels.

Pontes referred to an international comparison of a recent WHO assessment to see how different countries are implementing the use of digital health resources. Apparently, Spain has done well, especially considering the volume and quality of information accessible through the digitalization process. ‘What doesn’t leave us so good is our use. The challenge now is to make the most of what we can get,’ she said.

These uses have been mentioned by the participants at the table. Betolaza highlighted the overlapping of digitalization and data in the Strategy of chronicity. They have in mind to use these resources to have more information about the situation of the polymedicated patients in the socio-health field, he said. Garcia Pineda also referred to this niche of patients and showed the intention of the Department of Health to improve the current coordination between hospitals, primary care and social health areas. Currently, it is very much aimed at improving the assistance provided to our population. In addition, he recalled that the Health Law of this regions reflects the right of users to have access to information on all health interventions they receive, something guaranteed by the information systems. Finally, Ventura also discussed the importance of making all information accessible and available to health professionals so that they can improve clinical practice.

About clinical records and data provided

Access to this information, and in an increasingly comprehensive manner, will be facilitated if health outcomes records are more consolidated. On this topic, all the rapporteurs have agreed that this is possible but complex to measure, since it requires the integration of different information systems. Pontes also pointed out something that is happening everywhere, which has to do with ‘zeal for one’s own systems’. What is needed now is for this zeal to be overcome and for convergence to take place so that data can be exploited at national level and results obtained with sufficient statistical power to be analysed.

As for the quality of the records that exist so far, Ventura believes that it is better to aspire ‘to have few, but with the quality assurance to make them powerful’. Garcia Pineda has assured that they audited those what they have and feel safe with the quality obtained. In the case of the Basque Country, they opted for the international model of ICHOM indicators which, as Betolaza stressed, are standardized.

The leaders of the different Regions concluded by giving some advices to advance in the implementation of these systems. For the representative of the Balearic Islands, García Pineda, the backing and support of the managers is key, as well as an economic investment. Others, like Betolaza, have spoken of ‘political will’ to promote it.

Garcia Pineda has also highlighted the need to ‘incorporate physicians’, and that multiplying records in different systems and increasing the administrative workload of physicians is one of the threats to the flourishing of this form of work. In fact, Pontes believes that projects that emerge ‘from the bottom up’ are always better received. The need to create a culture of health measurement and outcomes has also been discussed. Ventura, like Pontes and Pineda, believes that systems should be ‘linked to professionals’ in their daily practice, and thus avoiding repetition. In addition, they believe that it may be a good idea to associate them with drug reimbursement. 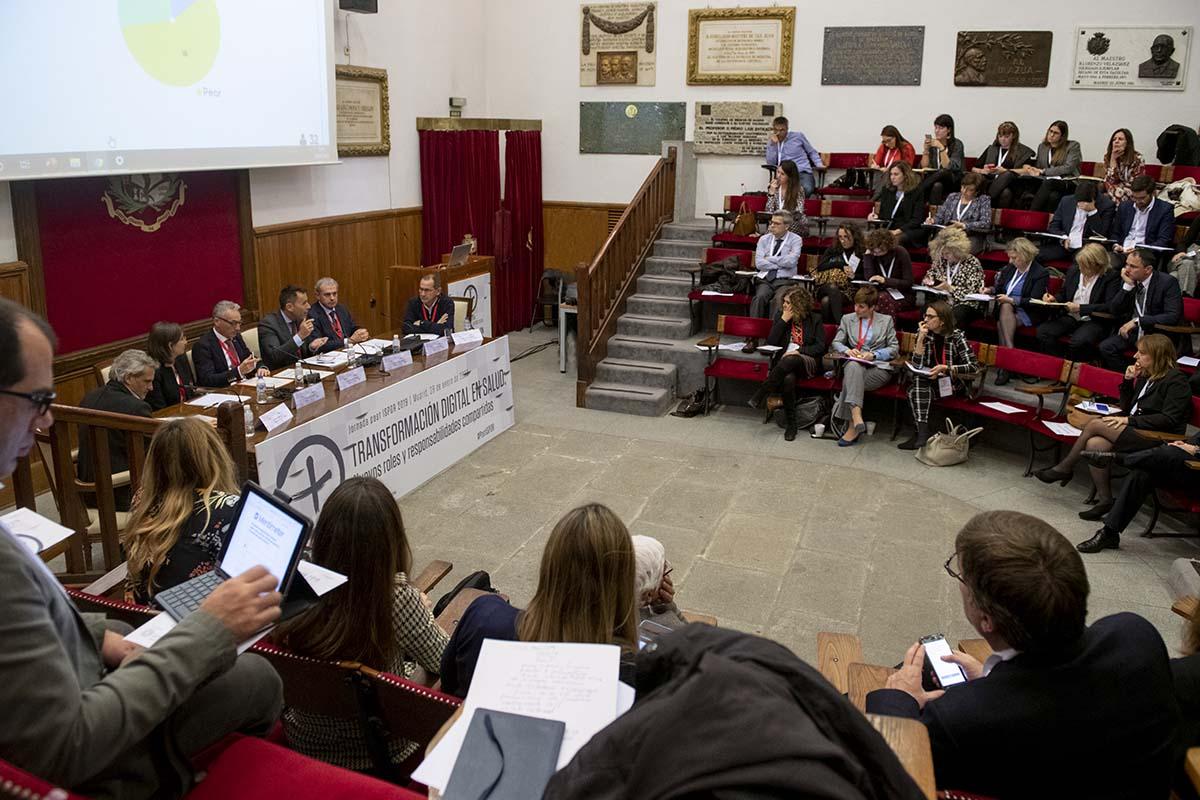